Congrats to Bill Waybourn who won the run-off race for the Tarrant Ciounty Sheriff's Office race here in Fort Worth, Texas.  It was very evident that Bill was going to win against the incumbent Dee Anderson early on in the evening.  We all visited at the election watching party at Saljo's Pizza in Pantego and had a great time with friends and family.  Bill is the real deal and will lead his deputies like a leader and a real man is supposed to do.  We are honored to know Bill and his family and we look forward to his continued success!!  There is a New Sheriff in Town and he wears an American Hat, Made in Texas!!!

God Bless Texas and God Bless Bill Waybourn
Posted by Unknown at 9:50 AM No comments:

The Heads Up MIc Clip sugests - Tour of Duty Momentum

Check this out.  This is an outstanding organization and I suggest that y'all take a look at this.  This is a great way to give back to our vets and to take back out country!!!

Posted by Unknown at 3:58 PM No comments:

The Heads UP MIc Clip

Good evening y'all!!  Enjoying the nice calm weather here in So. Tarrant County working an extree job.  I happened across an article this morning and I would like to share it with y'all.  it is an awesome read, check it out!!!


I should have said something.
Three of you stood in a quiet corner, munching on something and sharing a story. Even though I was running late and on a swift stride, I wish I’d noticed your jurisdiction.
I should have said something.
Not to you, but to the women who walked out clutching their coffees and muttering under their morning breath.
“What’s wrong with them? It drives me crazy when they hang out like that. Aren’t they on the clock?”
I know you’ve heard it all before. It’s that caricature of an overweight police officer downing doughnuts in his cruiser.
Wouldn’t you love to know where that silly stereotype originated? We’ve seen the scene in movies, sitcoms and comic strips. In fact, the only place I haven’t witnessed the police pastry myth is in reality.
That doesn’t seem to matter though, does it? Unless you’re blazing down the road with your lights and sirens on fire or chasing a bad guy out of a bank, then you must be fat and lazy and racing toward a date with diabetes.
Sadly, it’s only getting worse.
We question your motives every time you blink. We doubt your integrity. Roadside interactions are now i-captured and i-studied more than Orson Welles’ Citizen Kane.
Today, thousands of police will pursue criminals, make arrests, fight for justice and save lives without incident or fanfare. But we don’t hear about those cases.
Why would we? We don’t bother tuning in until an inconclusive and grainy cellphone video hits the Internet.
When did this happen? When did you become more disliked and distrusted than the criminals you put behind bars?
When did we land in this alternate universe where the presumption of innocence applies only to knuckleheads with knives and every officer is corrupt until proven otherwise?
I should have said something.
How do they know why you’re standing in a 7-Eleven? How do they know how long you’ve been there? Do they have a clue what you just saw, who you just served or how many you just saved?
How do those women know whether or not you’re on the clock?
Does it even matter? Aren’t you always on the clock when you’re sworn to defend and protect?
I should have said something.
I wish I’d told them how much I admire the brave men and women in this country who wear the uniforms of local, county, state and federal law enforcement.
I should have reminded them that while they get to live without looking over their shoulders when shopping at Target, our brave officers work everyday with one on their backs.
They probably don’t know that according to the Officer Down Memorial Page, 128 of our finest were killed in 2015 and 30 have already been buried in 2016 and another perished in Ohio on Tuesday.
I should have told them that, too.
I could have demonstrated how proud I am of my uncles, cousins, friends, neighbors and brothers from church who’ve put their lives on the line for decades.
I might have explained that while I honor and respect those in the armed services defending and fighting for freedom around the world, I feel the very same for those defending and fighting for freedom in my own neighborhood.
Shouldn’t we all feel that way?
It’s time to end the whispering and second guessing.
It’s time to end the mob-driven protests and recognize that in law enforcement, mistakes are extraordinarily rare.
It’s time to commit that next time we walk into a convenience store and see officers munching on something and sharing a story, instead of muttering under our breath, we’ll say, “thank you.”
I know I will.

Thank you for checking out our blog!!
Posted by Unknown at 7:07 PM No comments:

Opening day at the ball park for the Texas Rangers.  It's good to see the boys back on the diamond.  Looking forward to another great season!!  Go RANGERS!! 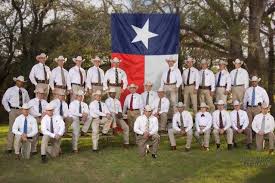 The Heads Up Mic Clip!!
Posted by Unknown at 2:51 PM No comments:

I hope everyone is doing well.  I am happy to advise that FWPD Officer Matt Pearce is doing better every day. He still has a long way to go, but he is tough and determined and will be back on the streets when he is ready!  Thanks for all of the prayers and thanks to all who have contributed with the fundraising efforts.  Our community really stepped up to the plate and have given a lot, both momentarily and by volunteering their time.  It is heart warming to see everyone pitch in to help.  Fort Worth, by far is the best city and has the best people and atmosphere!  Cowtown!

So, check this out... If you have a relative or a friend who is a police officer, starting April 1st, month long, we will be offering a special at The Heads Up Mic Clip.  When you purchase one at regular price, you can purchase a second one for 1/2 price.  We are calling it, "Buy A Clip Cor A Cop".  We also invite donors to purchase for entire police departments to show their support for our guys and gals in blue. It will go live April 1st., so if you know anyone let them know about it.

Thanks y'all and be safe out there!

The Heads Up Mic Clip, Camera Clip and Combo-Clip

Posted by Unknown at 1:09 PM No comments:

The Heads Up Combo Clip. Secure your mic and body worn camera. Don't compromise your safety by turning your head to speak into your mic! Solve the problem of your camera falling or breaking the attachment clip!! Available for agency and officer purchases. Go to www.headsupmicclips.com

We just returned from our first ever trade show which was at the Texas Police Chiefs Association Conference in Austin, Texas.  We killed it!  The every one who we talked to was really excited about The Heads Up Mic Clip, Camera Clips and the new Combo Clips.  From body worn camera companies, big corporate suppliers, big and small agencies and individual officers, they all were ready to order and stock.  We were amazed by the out pouring of support and the 'ata boys' for the invention and the compliments on our booth.  Ha ha, it was our first time, but they all thought it was cool.  Leading up to the show, I was pretty nervous, but once we started talking to folks and every one was so nice, it just started to roll like natural!!  The guys at Freeman were amazing and had everything ready to go, took care of the congestion at the loading dock and provided extra carts to haul stuff.  The other vendors were also awesome as well!!  I can't wait for the next one!!  Texas Tactical Police Officers Association Conference, here we come!!!

We will be adding a new option on the website!!  I'm thinking I might call it, "Buy A Mic Clip For A Cop"  campaign for the general public to purchase one of our devices for their friend or family member that might be the police to help keep them safe.  Stay tuned for the update!  Be safe y'all!!

Happy St. Patrick's Day from the Heads Up Mic Clip!!  Whether you will be working your shift tonight or out celebrating, please be safe!!!  Please keep our service members and public safety personnel in your thoughts and prayers!!